Word is full of all kinds of intriguing stories occurring every day all around the world. Still some standout from others because they are just amazing. The story of painter Davinshee Baskwal is only one of those stories.

He had had a vision of the battle that occurred in Karbala during the martyrdom of  Imam Hussein (as). Without even being a Muslim, this has had such an emotional impact that every time he thought or wanted to speak about it, only tears came out.

It took him several months to put his vision into a painting, and the result is stunning. Even though we have not been able to verify this story, we find it a beautiful work that deserved a place in this ART blog. The event that took place that day in the desert of Karbala influenced people all around the world until the present time.  Undoubtedly this will continue towards the future as well as we all have lectures to take from this important historical event. An event that transcends any political or religious dimension and touches any human straight in the hearth.

Reportedly the painter has converted to Islam consequentially. 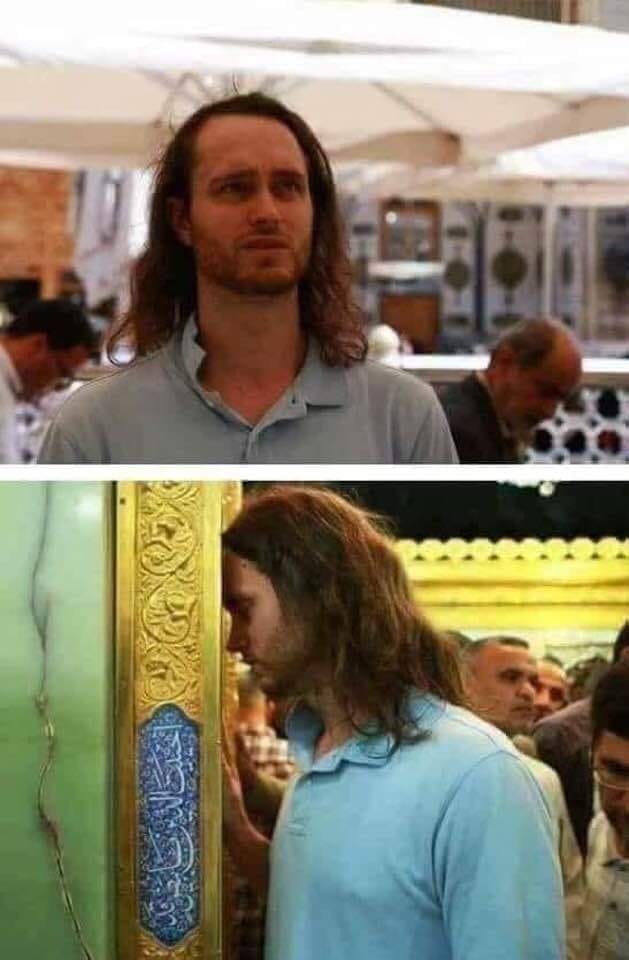